Lesson from Presidential History: Former president George W. Bush claimed to be against tax funding of abortion yet the Bush administration increased funding to Planned Parenthood by nearly a billion tax dollars over and above what Bill Clinton had been able to give them, and this was true even though for four years Bush and the Republicans had a historic monopoly on power with the trifecta of control over the executive branch, and the legislative branch, and the U.S. Supreme Court. And G. W. Bush gave Planned Parenthood all that money even though it is fungible, and even though in a typical year 98% of Planned Parenthood’s pregnancy “services” consist of abortion. Further, just like Roe v. Wade was a Republican ruling, written by Republican Justice Harry Blackmun and passed by a Republican majority, so too, Republican George H.W. Bush initiated Title X funding, amounting to many millions of dollars per year, to Planned Parenthood.

Lesson from Baby Body Parts Videos: With the public outrage over Planned Parenthood selling baby body parts, what should pro-lifers do now? Do we provide political cover for “pro-life” politicians and talk show hosts like FNC’s Megan Kelly who can grandstand against harvesting body parts from “potential life” by urging them to call for the defunding of Planned Parenthood? Of course not. Instead, CRTL offers this response:

“With the viral body parts videos, America has run out of excuses. The abortion clinic says that they are merely removing tissue. But ’tissue’ does not have a heart, lungs, arms and legs. Planned Parenthood is killing babies. Everyone knows that. And they’re even selling the body parts. A baby is a person made in God’s image so we must all fight to protect each child by love and by law.”

Predictable “Defunding” Consequences: A typical bill that would “defund” abortion actually clarifies that it will fund the killing of the children of rapists, and it will fund ALL abortions, performed for any reason, where the baby is killed in a hospital. (See the recent Republican defunding bill from Rep. Pence just below.) The predictable consequences of a typical “defund abortion” political ploy include that: 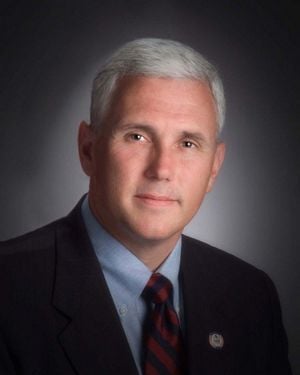 Note: See American RTL exposing the traitorous Exceptions for Rape and Exceptions for Life that Planned Parenthood used to start the abortion holocaust itself, and which the pro-life industry andNational RTL have adopted as their own, which effectively prohibit any ultimate victory.

Mike Pence is not unlike George W. Bush, who gets credit for “opposing” embryonic research when in reality Bush became the first president to fund embryonic stem cell research and he never fought to end the fatal experiments. Pence praised George W. Bush when introducing him at a 2010 Indianapolis pregnancy center fundraiser while overlooking the president’s tragic abortion legacy (see alternative event flyer), covering for the president who gave Planned Parenthood over a billion dollars. Mike Pence, like G. W. Bush, is in a long line of ambitious politicians and fundraisers who campaign against tax-funded abortion despite the fact that they actually fund abortion.

Mike Pence is not unlike George W. Bush, who gets credit for opposing embryonic research when in reality the president never fought to end the fatal experiments and Bush even became the first president to fund embryonic stem cell research. Pence praised George W. Bush when introducing him at a 2010 Indianapolis pregnancy center fundraiser while overlooking the president’s tragic abortion legacy (see alternative event flyer), covering for the president who gave Planned Parenthood over a billion dollars. Mike Pence, like G. W. Bush, is in a long line of ambitious politicians and fundraisers who campaign against tax-funded abortion despite the fact that they actually fund abortion.

Rep. Pence should consider that no Christian should ever submit to the criminal who says shoot this child and we’ll spare those children. And nor should any Christian defend his H.R. 217 abortion funding bill.

Not only is Rep. Pence unwilling to take on hospitals that kill children, and not only is he unwilling to fight for those children he finds indefensible (some of whose fathers, for example, are rapists), but he sinks much further than that by explicitly allowing for Planned Parenthood abortion clinics to take tax dollars to dismember the children he finds unlovable or unworthy of a fight to protect. Pragmatism is what works, and “pro-life” politicians have failed for 30 years. Making “exceptions” declares the unborn child a non-person. If Pence and his fellow “pro-life” politicians cannot perceive the political climate in 2011 as the time to stand against the actual funding with tax dollars of the killing of every child, they not only fail as statesmen but they also lack political savvy.

This is a teachable moment. When public outrage grows, we don’t squander that clarity with politically advantageous calls for defunding Planned Parenthood. We step up our efforts to close down Planned Parenthood. It is not immoral to fight to defund the abortion industry; but more often than not it is a delay tactic to closing down planned parenthood and it is a diversion and slight of hand (as with Fox News Channel’s Megan Kelly who contemptibly and repeatedly refers to babies as “potential life”) from advocating for the right to life of the unborn child. See also the two groundbreaking articles at AmericanRTL.org/exceptions and AmericanRTL.org/regulations.

For more information, email, write, or call us: